What Does the Bible Say About Racism?

Ahmaud Arbery, a twenty-five-year-old African American man, was jogging near his home on February 23, 2020. He was running in Satilla Shores, a community near Brunswick, Georgia, when he was confronted by two armed men in a pickup truck. Arbery was shot and killed.

Charges of racism have pervaded this tragedy from its inception. The two men who confronted Arbery are white. No arrests were made or charges filed until over two months after the shooting, when a video of the attack was made public.

Many have asked if the same delay would have occurred if a white man had been the victim. The shooting highlights “a unique anxiety that has long troubled countless runners—running while black.”

In 2019, Pew Research Center reported that “a majority of Americans say race relations in the United States are bad, and of those, about seven-in-ten say things are getting even worse.”

A generation after the 1954 Brown school desegregation decision, the Civil Rights Act of 1964, and the Voting Rights Act of 1965, racial discrimination continues in our country. According to the FBI, 60 percent of hate crimes are motivated by race, ethnicity, or ancestry.

The Oxford English Dictionary defines racism as “prejudice, discrimination, or antagonism directed against someone of a different race based on the belief that one’s own race is superior.”

By this definition, mistreating people of a particular race is “racism” to the degree that the perpetrator considers his or her victims to be racially inferior. We find such attitudes on the part of Anglos toward non-Anglos since Europeans first landed in the New World.

Many European explorers characterized the indigenous peoples they encountered as “heathen” and considered their race and culture to be inferior by nature. Many claimed that such people could be transformed by the introduction of Christianity and European customs.

One colonist described native Americans as “having little of Humanitie but shape, ignorant of Civilitie, of Arts, of Religion; more brutish than the beasts they hunt, more wild and unmanly than the unmanned wild Countrey, which they range rather than inhabite; captivated also to Satans tyranny in foolish pieties, mad impieties, wicked idlenesse, busie and bloudy wickednesse.”

Read the rest of this article on The Denison Forum. 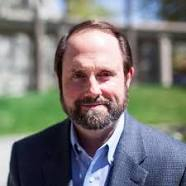 Jim Denison
Jim Denison is the founder and CVO of the Denison Forum, a nonprofit Christian media organization that comments on current issues through a biblical lens. His Daily Article, an email newsletter sent every weekday morning, reaches more than 208,000 subscribers in 203 countries.

Latest posts by Jim Denison (see all)
BACK